I like playing around with different looks for my blog, selecting an enticing theme and hitting the apply button.  When viewing a possible makeover, I ponder where I want the side bar, how many columns I need, and which colors will make my blog pop.  Today, I was exploring Word Press themes, as encouraged by the change appearance button, and to my surprise and dismay, found that when I hit apply, I could not retrieve my original blog page.  I could get the content, but none of my sidebar widgets, and I had lost the ability to customize anything unless (and here it is)  I chose to buy the ability to customize.  So, boys and girls, the good old days of free custom blogging sites with WordPress are gone, even when using free blog themes.  Before you go exploring, get your credit card out.  It’s going to cost you at least $30.00.  I suppose the free ride was too good for too long and I, for one, didn’t fully appreciate what I was getting for nothing.  That being said, I am all about making profit on great ideas and products, but please, guys, no more surprises!

You are your hair, correct me if I’m wrong.  Everyone knows this if they were a child of the 60’s and 70’s.  What do you see when you think  John Lennon, Bob Marley, Jimmy Hendrix, Tiny Tim, or Dorothy Hamill?  Hair, am I right? 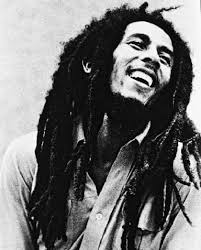 I sometimes feel sorry for hairdressers. You take a  picture of your desired do into a salon and expect to come out looking just like the model.  Think of all the Farrah Fawcett wannabes.  One day, you just have admit the obvious, the face has something to do with it. 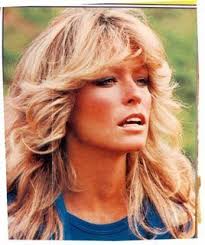 I’ve always wanted to be a barbie-doll fake red-head.  I haven’t worked up the nerve.  There’s that fine line between looking cool and looking ridiculous, like whoever that new judge is on American Idol.  There is also the age appropriate thing.  Some women just refuse to go au naturel, as if blonde hair reverses the signs of aging.  I like the purple and blue tipped ends on really stylish people.  That could be fun, if I were about 40 years younger.

Thanks to the challenge issued by Michael Pick, I’ve begun to wonder.  Maybe I need a makeover, maybe I’m stuck.  I’ll have to think it over, I can be flexible.  There are so many  choices, so little time.  Change is hard, sometimes it takes a little convincing.

She tied you to a kitchen chair

She broke your throne, she cut your hair.

Until this weekend, everything I knew about NASCAR came from my son’s miniature matchbox set, my grandson’s obsession with the movie CARS and Will Farrell’s portrayal of Ricky Bobby in Talladega Nights.  NASCAR wasn’t exactly on my bucket list but I’m not one to pass on an invite from a good friend, especially when it involves a brand spanking new experience with box seats and parking pass included.

RV’s, trailers, cars and trucks lined the highway for several miles before we saw the Bristol Motor Speedway track rising from the clouds on the Tennessee mountain up ahead.  People of all ages were drinking and dining under make-shift canopies in front of tight little communities of tents.  Hard to tell how long they had been there or where the facilities were, easy to see they were having a grand time of it.

There were carnival type booths set up next to the many, many parking lots hosting TV screens and crews, contests, and handouts.  Hot-dogs, beer, Moon-shine cherries, ice cream, and automobile stuff, all for sale; scanners for rent.  What’s a scanner, you ask?  They are little hand-held devices with a video screen and head phones.  You can select drivers and listen to their crackling chatter and see their view from the driver’s seat during the race.

There were golf carts to transport those faint of foot up the mountain side to the track entrance.  Streams of colorful, cooler toting people with ticket adorned necks streamed through the entrance into the wild world of racing, wearing every get-up one can possibly think of (and then some),  wide-eyed and pumped up!

Bristol Motor Speedway’s enormous NASCAR production caught me completely off guard.  I tried to take in the grandeur of the pristine, flawless 18 wheelers, which house the race cars, the brilliant colors of said race cars and the logos of familiar products emblazoned on each car and crew member’s jumpsuit.

A blur of sparkle, shine and color mingled with voices lauding prayer, pledge and country music.  Children sang the star-spangled banner, fireworks exploded, Miss Zmax paraded, flags waved, drivers postured, planes flew over, a parachutist descended and the crowd reveled before we even got to the part, “Gentlemen, start your engines.”

Crashes, fires, tire changes and helmet throwing highlighted the 500 laps between start and finish.  The sound of engines and tires was loud.  I mean really, really loud, maybe the loudest sound I have ever heard.  We each picked three cars to follow, two of mine spun out of control and were unfit to continue.  All of my husbands placed in the top ten including the winner.

So you know now what I didn’t know then, and I’m just betting you’ll put NASCAR right on top of your list of must do’s.  You may just get a glimpse of the Ricky Bobby in all of us and why NASCAR is America’s number one spectator sport.